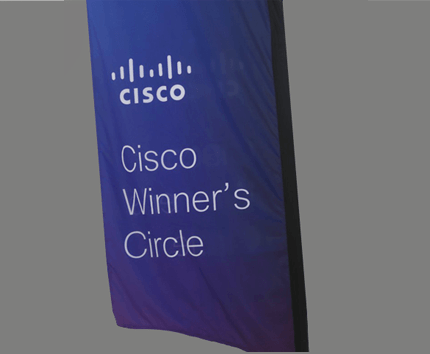 We are very proud and honored to announce Ctelecoms latest achievement of 2015 in the Networking division. Ctelecoms was ranked as one of the top 10 International Cisco Partners in the Middle East, North Africa and the theater of Europe, Africa and Russia, (EMEAR)!!
This accomplishment was part of the Cisco Winners Circle 2015 program in which we, Ctelecoms, were chosen from among top 250 partners in the EMEAR Theater and we won the 9thplace!
The competition was tough, which involved other skilled and experienced partners from within KSA and some from all over the world. It took a lot of effort to reach the top 10, but we made it!
We would like to congratulate ourselves for doing such a great job and winning this awesome award. And we would also like to give a "BIG Thumbs Up" to everyone who took part in the competition and contributed in making this day incredible!