Get Your Trial Now!

Solve your IT pain points with a future-proof IT solution that best suits your unique needs.
*
*
*
Mobile is not valid.
Please type the keycode below

The difference between traditional Servers, Virtual, Converged and Hyper-converged IT Infrastructures

Simply put, traditional servers can involve a complex design of the main three IT resources (compute, storage, and network) integrated into a system and managed separately from each other. Traditional servers fall into three types: Rack Mount (RM), Tower and Modular server. 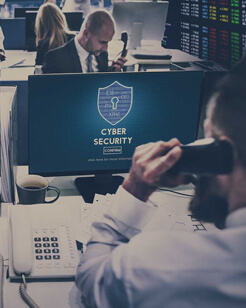 Tower servers are the most basic types of servers. They look and feel much like a traditional tower PC. However, there is currently a wide range of tower servers that can handle large and multiple tasks. Tower servers can consume a good amount of physical space; therefore, they are difficult to manage.

Rack servers are smaller in size and are mounted inside a rack. A rack server is designed to be positioned in a bay, by vertically stacking servers one over the another along with other devices such as storage units, cooling systems, SAN devices, network peripherals, and batteries. Rack servers are pretty much convenient to manage and use as they consume lesser space than tower servers.

Modular servers are the smallest types of servers available in the market and are great for conserving space. In addition, they offer higher processing power and efficiency.  Amongst their biggest advantages is the fact that they are easier to reconfigure or upgrade with no or minimal disruption to any running services. A Modular server can help you save on space, power, connectivity, management and cost.

What about Virtualization, Converged and Hyperconverged Infrastructures?

Virtualization is the process of creating a software-based, or virtual, representation of something, such as virtual applications, servers, storage and networks. It is the single most effective way to reduce IT expenses while boosting efficiency and agility for all size businesses. Virtualization helps your business become more agile, regardless of your infrastructure. There are tons of advantages your business can reap when you opt for virtualization.

Converged infrastructure is a pre-packaged bundle of systems, including servers, storage, networking, and management software. Companies usually purchase these systems from a single vendor or MSP, instead of buying the hardware and software components separately from different suppliers. Converged infrastructure systems are typically pre-configured and pre-tested, making them easier and faster to deploy when building out a data center. Scaling is accomplished by adding more servers storage and networking components in a rack or adding entire racks to the IT environment.

Hyper-converged Infrastructure (HCI) combines storage and compute into x86 servers with internal hard drives and/or SSDs. They create clusters of self-contained, typically homogenous modules by connecting them all to an IP network and then they scale by adding more modules or nodes, which also adds processing power in each node along the storage capacity. Most HCI’s combine the physical storage devices on each node into a virtual pool, using either a distributed file system or vSAN software. Also known as software-defined storage or SDS, this architecture is the heart of most HCI storage systems.
Additionally, some SDS solutions can be deployed as stand-alone storage systems typically growing very large. HCIs are frequently used for consolidation in small to mid-market companies and in some enterprises, or for standing up dedicated applications. In general, HCI scales more incrementally than converged and can be run by IT generalists. Converged infrastructures, on the other hand, are found on larger environments, typically replacing traditional 3-tier infrastructures. They can scale larger, but usually require more specialized IT skillsets.

As a well-positioned IT market leader and digital transformation enabler in Saudi Arabia, Ctelecoms has extensive expertise in the design, planning and implementation of all kinds of IT infrastructure solutions. We’ve helped dozens of organizations in KSA streamline IT management, foster operations, promote security, reduce costs and eliminate IT bottlenecks across several areas of their IT environment, and we can help you too!

Our strategic partnerships with Dell EMC and VMware enable us to offer the best IT solution with the best support service ever. Whether you’re looking to enhance IT operations or solve issues with your traditional infrastructure or migrate to converged or HCI to enjoy a single point of contact and enable the highest IT flexibility for all aspects of your IT environment, or adopt the latest virtualization technologies in the market to unlock your potential to accomplish better results, we are always there for you.

Our extensive range of best-in-class, fully managed IT services and solutions are designed to help you reach unprecedented levels of IT resiliency, security and cost-efficiency, while freeing your IT staff to focus on strategic business initiatives, rather than maintenance and support.

Below are a few more reasons to choose Ctelecoms as your IT digital transformation enabler:

If you’d like to speak to one of our team about our latest IT technologies and products, please call us on +966 12 261 9667 or email info@ctelecoms.com.sa.

Looking to Efficiently Solve your IT Pain Points?

Let us assess your current environment, listen to your needs and tailor the best IT solution that helps you accomplish digital transformation, save more on your resources and promote IT efficiency, flexibility and resiliency.

Wait! Have you found what you are looking for?!

Don't take the decision before you get your TRIAL!