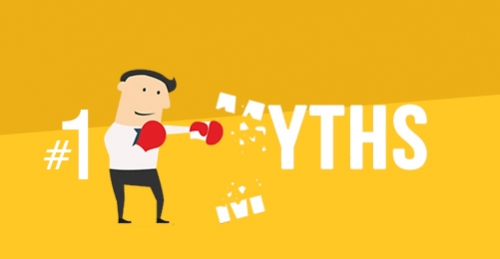 The prevalence of cloud-based solutions is hugely beneficial to businesses that want to be more scalable and flexible. However, many organizations are still slow to adopt these newer systems, likely due to misconceptions around the security and benefits of cloud-based IoT technologies.
Today's blog aims at debunking the IT myth #1 that says: On-premise Offers Better Security Than Cloud

One reason that some of us struggle with putting data in the cloud is that we have a warm and fuzzy feeling about having our data physically close. We believe that if the data is in our own data centers — at the end of the hallway — then it’s somehow more secure. The reality is that the physical location of the data really has little to do with its security. What affects security most is access and control.

How Does The Cloud Offer Better Security?

When you move to the cloud, data is stored in multiple data centers that are geo-independent, with redundancy implemented throughout the system. Your data doesn't just get copied to one data center; it gets distributed to multiple data centers—so if one goes down, your data will fail over to another automatically. Large cloud providers also protect availability through virtualization. When servers are virtualized in the cloud, providers can easily migrate the servers from one data center to another if a failure occurs.
Most on-premises systems may just have two physical servers that fail over to one another. That isn't helpful if there’s a fire or a large network outage.

Physical security is prohibitive It takes a lot of time and money to prevent physical theft. To completely protect your on-premises servers, you need to implement heavy security, with guards, mantraps, and locked cages for the servers. In the cloud, your effort and expense for all that go away.
When opting for cloud solutions, you receive round-the-clock protection for all your data and operations without having to hire anyone. The size and state-of-the-art security of the cloud make targeted physical theft almost impossible.

3- The Cloud Boosts Your Technical Security

Patching is one of the biggest security issues that companies of all sizes struggle with until they move to the cloud. In fact, some of the biggest breaches—think Equifax and the WannaCry outbreak—were a result of poor patching. Unlike most companies, the big cloud services providers such as Microsoft, have the resources to hire full-time teams dedicated to patching their products.
The patching process in the cloud is mostly automated, which eliminates the downtime that on-premises patching requires.

A huge security advantage the cloud has over on-premises servers and infrastructure is segmentation from user workstations. The most common way attackers get into networks is through phishing and email-borne threats. The attacks almost always enter through user workstations. They rarely come directly through the server environment. When you're hosted in the cloud, all of your workstations are completely segmented. In the cloud, users aren't sitting on the corporate network where the data lives.

Encryption can be difficult for companies to implement across the entire environment, but cloud providers usually offer encryption right out of the box. Encryption helps prevent data exposure, because the big cloud providers use military-grade AES 256 encryption so attackers won't be able to read any data they might steal.
We hope we've managed to shed light on how the cloud offers better security than on-premise.
Ctelecoms Team 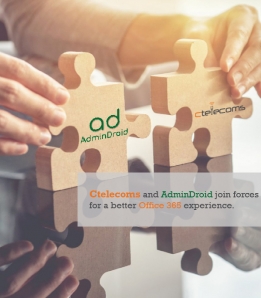 Ctelecoms and AdminDroid join forces for a better Office 365 experience