By:Ctelecom
Keeping track of information is part of everyday life. Writing things down or using spreadsheets works for simple things. But when you’re dealing with hundreds or thousands of items and need to coordinate with others on your team and mapped to recurring business processes, it can quickly get overwhelming. And as the global pandemic has made remote work the new normal for many of us, we’re also facing the added challenge of staying in sync while staying at home.
Today we’re excited to announce that Microsoft has rolled out a new Lists app (described by Microsoft officials as "an evolution of SharePoint Lists.") for businesses using its Microsoft 365 services.
Designed to save time and reduce hassle, Microsoft Lists empowers you to easily create, share and track information inside lists – so you can be more organized with simple, smart, and flexible lists that help you stay on top of what matters most to your team. Lists also enables you to easily customize forms and flows with Microsoft Power Platform.
Fully integrated with Teams, SharePoint and Outlook, Lists helps you seamlessly track issues, assets, routines, contacts, inventory and more using customizable views, configurable color formatting, smart rules and alerts to keep everyone in sync. With ready-made templates, you can quickly start lists online, on Microsoft’s new mobile app, and directly from within Microsoft Teams. And because it is part of Microsoft 365, you can rely on enterprise-grade security and compliance.
Microsoft Lists can also integrate with your company’s Power Platform, including custom list forms with Power Apps and workflows with Power Automate.

Get started with Microsoft Lists home (web) and mobile app

Starting a list is easy. Create and manage lists from any browser by clicking Lists in the Microsoft 365 app launcher. This will take you to Lists Home, a single place to see and manage all your lists. 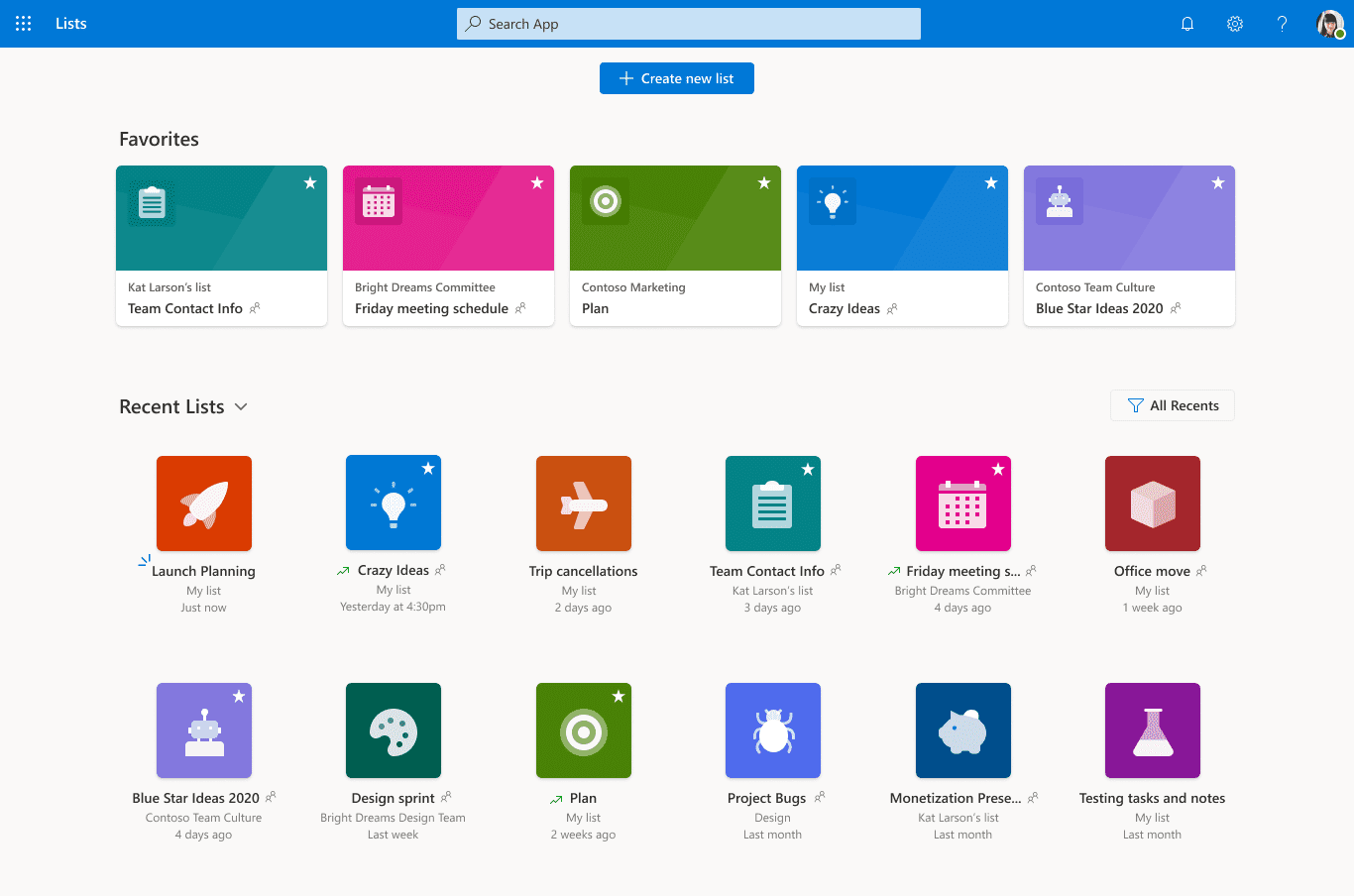 Here, you can start a list in several ways - easily from scratch or with ready-made templates. In addition, you can create new lists from existing lists or by importing Excel table data to jumpstart. Beyond creation, you will see all your favorited and recent lists – ones you own or that have been shared with you. You will be able to create both personal lists you own and can share, and team lists owned by members of your teams. Lists home brings all your lists at your fingertips, on the web and on the go via the Lists mobile app.

Microsoft Lists integration with Microsoft Teams enables users to create, share and collaborate on lists, using flexible views like grids, cards, and calendar. This brings content and conversation side-by-side in one integrated experience. You can either add an existing list to a Teams channel or create a new list directly in Teams and chat on individual list items. 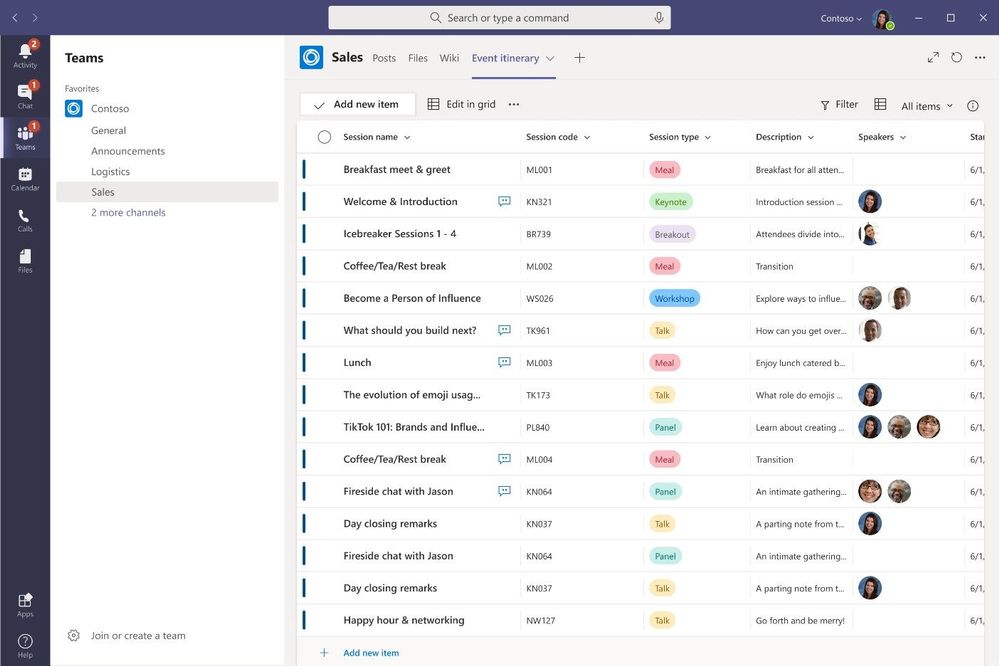 When you click “+” to add a new tab to a Teams channel, select the Lists app to begin. The Lists app is used to both create new and embed existing lists – all within Teams. Further refine your list by adding new columns, defining choices in a drop-down menu, create view or edit share links, create custom views and filters and set up rules – all to ensure the list works for you and your team. No compromises. You get the full power to configure what your list looks like and how it works for you – all from inside Teams. 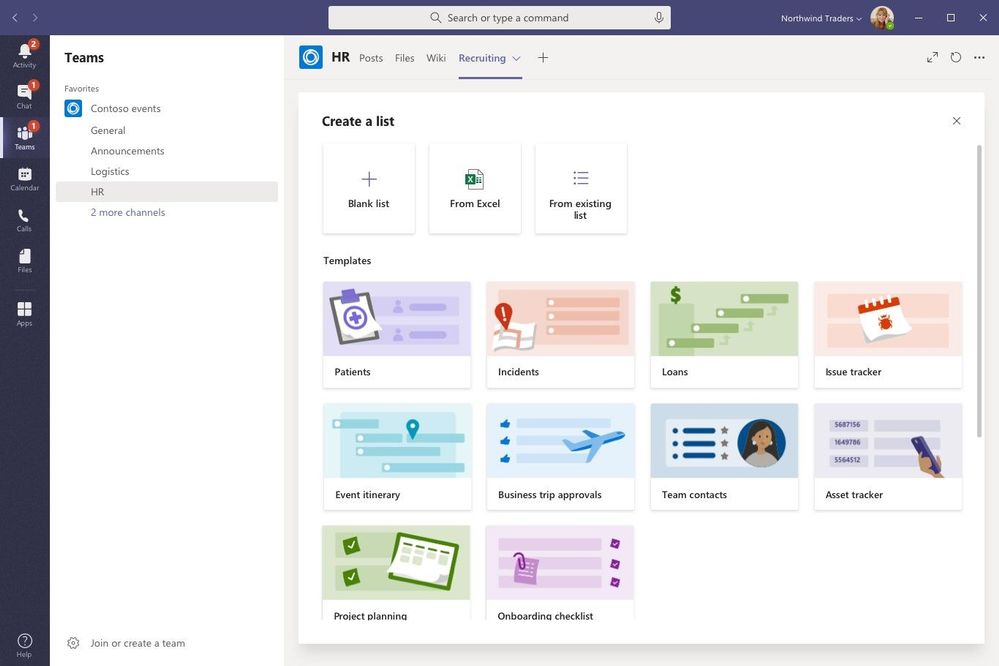 Ready to get started with Microsoft Lists?

As a Gold-certified Microsoft partner in Saudi Arabia, Ctelecoms can fully support your Microsoft cloud journey by empowering you to unlock the potential of all productivity tools available in M365 Business - and more. Get in touch with us to see how we can help out.
Reference: https://resources.techcommunity.microsoft.com/