What you don't know about Microsoft Power Platform Apps 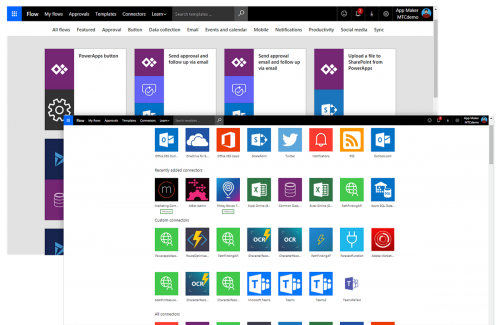 After the huge success of building many apps via Microsoft Power platform, we can be very proud to talk about this service.
The Power Platform as a better, lower code method to develop enterprise apps, with the ability to scale, scale and scale again is being considered now as an Alternative to Windows Phones and Windows Servers and the Power of Windows 10.
The chief executive officer of Microsoft nevertheless sees the Power Platform as an alternative to Azure and Microsoft 365, which include Microsoft Azure, Microsoft Office, Office 365 and Windows Server. Combined with the Dynamics 365 Power platform, the Microsoft ecosystem will enable teams to analyze data, develop solutions, and create virtual agents when they need to. Use it to develop new business applications and quickly expand Dynamics365's functionality.
The Power Platform offers more individualization and is a new addition to the platform's capabilities, which are mushrooming, said Nadella, Senior Vice President and General Manager at Microsoft.
Although the platform is new, Microsoft services such as Power BI have been available for years, but the Dataflex announcement explains that the data platform used in teams is considered a common data service, which has now been renamed Microsoft Data Flexible Pro. In addition to integrated data platforms for teams and Microsoft Business Intelligence (BI), Microsoft dataflex also provides data management, analysis and data analysis services for Microsoft teams, and access to data from Microsoft Office, Office 365, Windows Phones and Windows Servers.
Microsoft Dataflex allows anyone to develop and deploy apps and smart chatbots, as well as access data from Microsoft Teams, Office 365, Windows Phone and Windows Server 2016. Faced with growing competition, Microsoft announced several new Power Platform integrations some days ago, highlighting the increasing democratisation of software development and including the ability to develop automated workflows for Microsoft teams, such as the new flexible Microsoft Data Chatbot, which is integrated into Microsoft Team. The company also released a new GitHub feature for the Power platform, which includes one that allows the creation and integration of a chatbot with a variety of Microsoft Office applications and services.
Microsoft Power Platform was founded about five years ago and now includes a wide range of applications, from building chatbots to cloud computing and cloud services. We, as a Gold Microsoft Partner, understand the development of the Microsoft Power platform over the last year and a half and its impact on the world of software development.
Microsoft Power Automate, formerly known as Microsoft Flow, is the automation component of the Power Platform. Within Microsoft Power Flow, users will find a range of popular services such as Power BI, Power Analytics and PowerApps. For more information on integrating Power Apps into the platform, you can request a demo for Microsoft Power (BI, Apps, Automate and Virtual Agents) from Ctelecoms Experts.
In addition, Microsoft has added integration for data extraction from a variety of sources to the premium connector diagram level, including Microsoft Power BI, Power Analytics and Power Flow. PowerApps can also connect to their apps through the Power Apps Connector, a new port for Windows Phones and devices.
Power Apps is a fast application development environment that offers the ability to develop apps tailored to the needs of businesses. This platform for developing low-code programs has value for the average business user who wants to develop apps without code, as well as for programmers and IT managers who want to reduce the time and cost of developing basic business processes and apps within an organization.
With that being said, you are invited to see how Ctelecoms start building PowerApps without any limitations and drawbacks and to take a look at the apps we offer to our end users.

If you are curious about how to do a sweet analysis, you can preview it to see for yourself. Just ask our experts; they always have the answer for everything you need.